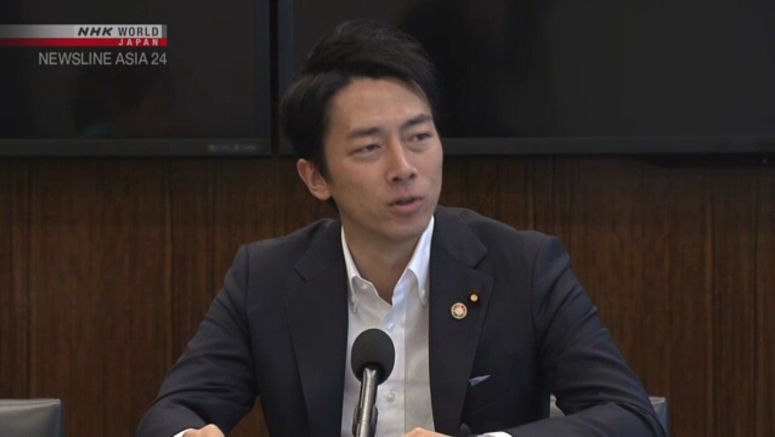 When he assumed the post last September, Koizumi said he didn't want to leave everything up to his wife. He said he wanted to do more in the household.

Koizumi said that society's attitude toward childcare needs to change. He also emphasized that more fathers should be allowed to play greater roles at home.

The minister says he wants to take the leave as long as it will not affect his work.

He plans to take a total of two weeks' leave in the three-month period after the baby's birth by shortening his working hours and by teleworking.

He is also thinking about asking the parliamentary vice-ministers and other officials to do work on his behalf.