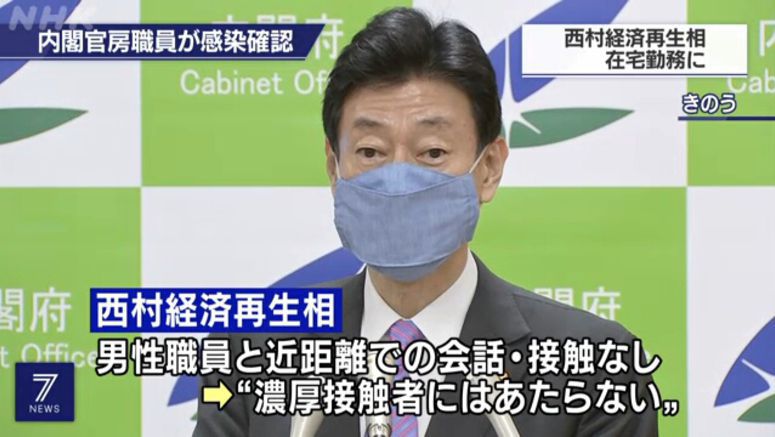 Economic Revitalization Minister Nishimura Yasutoshi canceled a news conference and worked from home on Saturday as an official of the Cabinet Secretariat was found to have contracted the new coronavirus.

The government said on Friday that the man in his 40's is a member of the taskforce launched last month to deal with the pandemic.

He had accompanied Nishimura to the University of Tokyo Hospital in Bunkyo Ward two days before he developed a fever on Tuesday morning.

The Cabinet Secretariat says Nishimura had not been in close contact with the man, but took the action as a precautionary measure.

It says Nishimura's schedule for Sunday and after has not been decided.