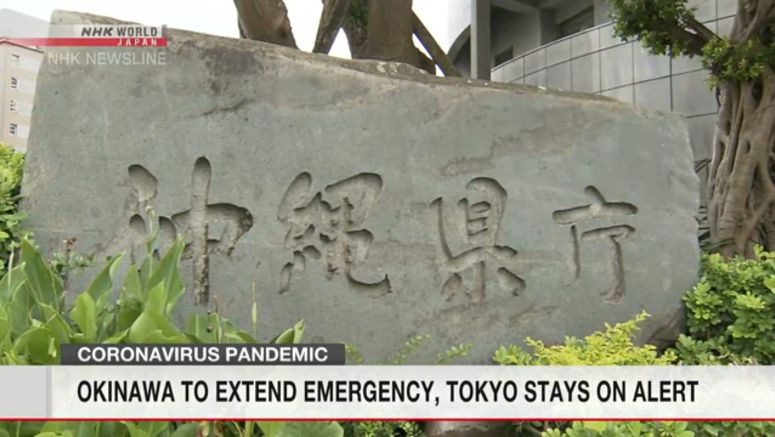 NHK has learned that the southern Japanese prefecture of Okinawa is making final arrangements to extend its state of emergency over the coronavirus for a second time.

The prefecture cites the risk of intergenerational transmission as many relatives are expected to gather to honor the spirits of their ancestors during the Bon season of the lunar calendar that begins on Monday.

New infections are on a downward trend in Okinawa. But 19 deaths, mainly among the elderly, have been reported this month.

The prefecture first declared a state of emergency from August 1 to 15. It was extended for two weeks through Saturday as infections continued to spread.

Experts on infectious diseases agreed at a meeting on Thursday that the emergency should not be lifted yet. They said Okinawa residents should refrain from nonessential outings as much as possible during the Bon period.

The prefecture is expected to officially decide the extension on Friday afternoon at a task force meeting attended by Okinawa Governor Tamaki Denny.