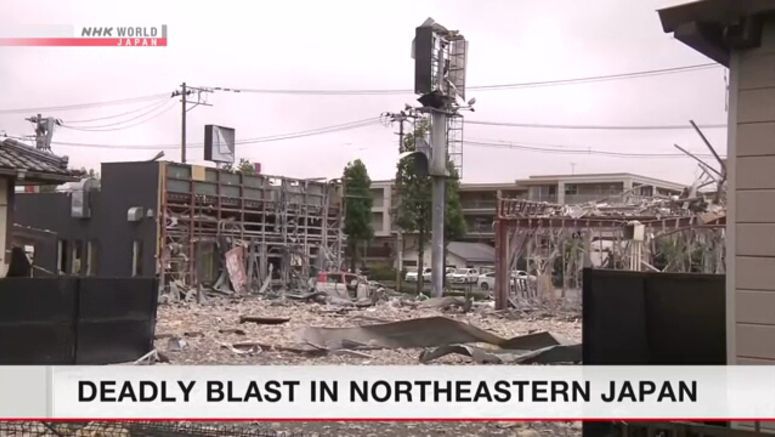 One person has died and at least 18 have been injured in an explosion at a restaurant in Koriyama City in Fukushima Prefecture, northeastern Japan.

Police and fire department officials say that a body was found at the site. They say two people are seriously injured and 16 others have minor injuries.

Fire department officials say they found six propane tanks at the site, including three that were leaking.

They have restricted entry to an area within a 300-meter radius of the building.

NHK footage shows the walls of the building have been blown away and only the steel framework is still standing.

Windows in nearby buildings and houses have been shattered, and walls damaged.