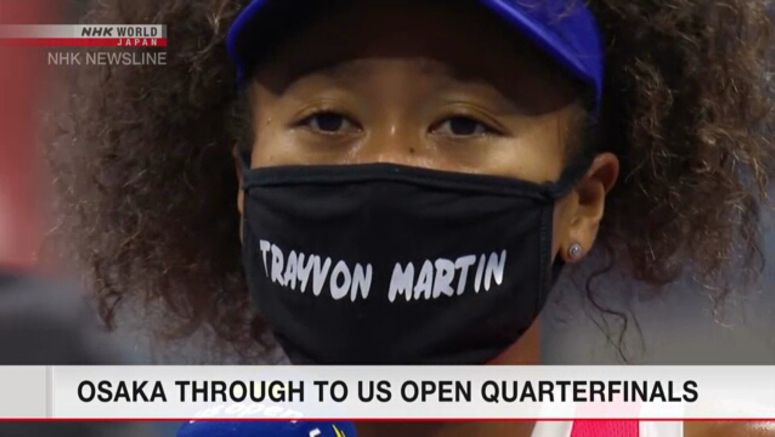 At the US Open tennis tournament, former champion Osaka Naomi of Japan has advanced to the quarterfinals after beating Estonia's Anett Kontaveit in straight sets.

The Grand Slam tournament is taking place in New York without spectators due to the coronavirus pandemic.

On Sunday, the seventh day of the tournament, ninth-ranking Osaka faced Kontaveit, ranked 21st, in their fourth-round match.

Osaka's stable and sharp strokes forced her opponent to commit errors. She sprinted back and forth, winning the set 6-3.

Osaka was focused in the second set, tenaciously hitting back the ball.

She couldn't manage two break point opportunities in the fourth and sixth game but won the set 6-4 on her sixth match point.

This is the first time Osaka has advanced to the quarter-finals of the tournament since winning the competition two years ago for the first time.

She will face 93rd-ranked Shelby Rogers of the United States.