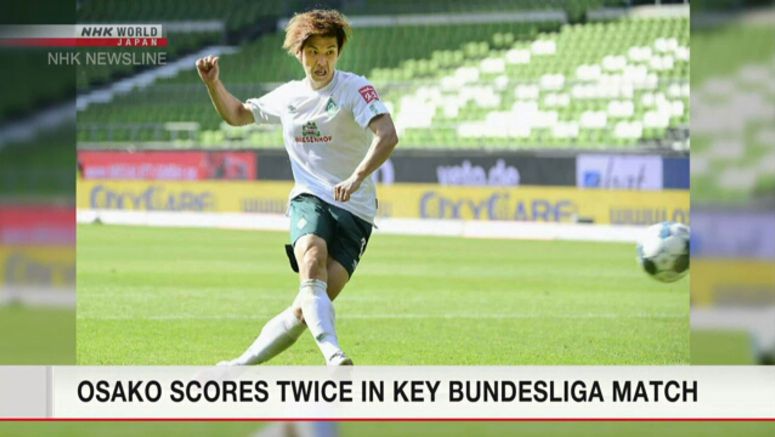 Osako opened the scoring against Cologne in the 22nd minute on the season's final day.

He added a goal on a cross in the 58th minute, notching his eighth goal of the season.

The squad will now face a play-off scheduled for July 2 and 6 against the team that finishes third in the second division.

Japanese attacker Kamada Daichi of Eintracht Frankfurt appeared with no goals in a match against Paderborn. Kamada's teammate, Hasebe Makoto, missed the game.