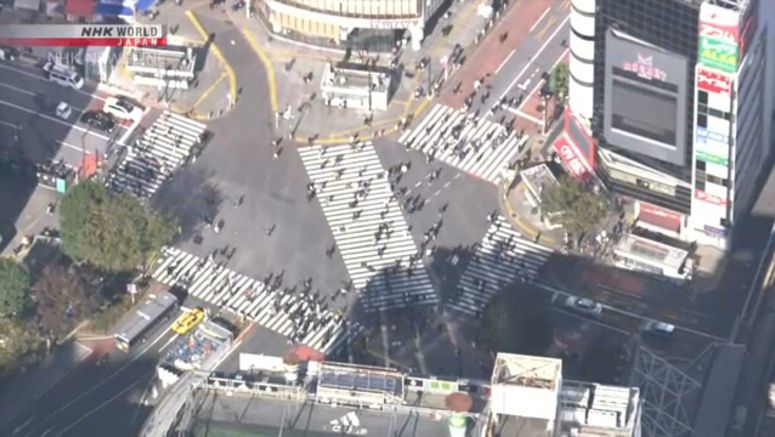 Giant advertising screens on buildings overlooking a popular scramble crossing near Tokyo's Shibuya Station will be turned off earlier than usual on New Year's Eve, as one of the efforts to deter people from gathering amid the coronavirus outbreak.

The Shibuya Ward Office asked operators of 13 large screens in and around Shibuya's main intersection to switch the screens off from 11 p.m. on December 31, two hours earlier than last year.

The ward had already decided to cancel its annual year-end countdown events this year.

Meiji Jingu, a major shrine in Shibuya Ward, will shut its gates from the evening on December 31 till the morning on January 1, while calling on people to stagger their visits over the coming weeks to avoid congestion.

The ward's Mayor Hasebe Ken says that in the past people celebrated New Year's Day boisterously, but this year he is asking them to refrain from visiting.