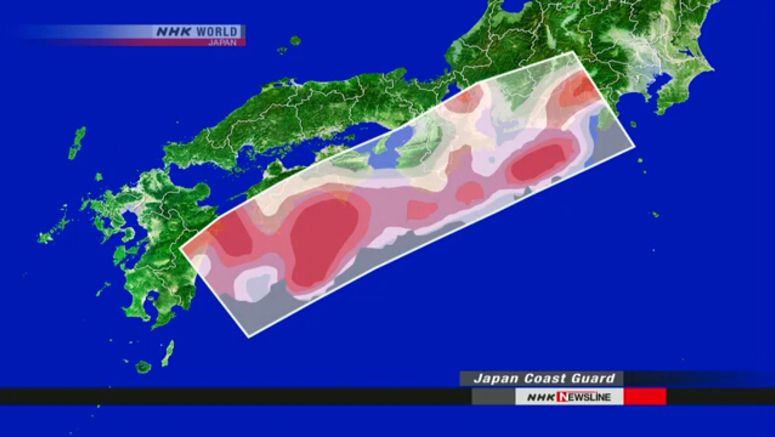 A Japanese research team has detected shifts at the boundary of tectonic plates off the Pacific coast of Japan. The phenomenon, known as slow slip, is being studied for possible links to mega-quakes.

Researchers from the University of Tokyo and the Japan Coast Guard say they have confirmed that the events occurred at seven locations more than 50 kilometers off the coast.

At two locations, the boundary moved six centimeters and eight centimeters respectively toward the southeast around 2018.

Scientists have been monitoring slow-slip events to find out if they are related to major earthquakes.

Tadashi Ishikawa of the Japan Coast Guard says he plans to gather more observational data to grasp what is happening at the boundary between tectonic plates. He says he hopes such data will be used for simulations and help reduce impact of possible disasters.

Scientists say there is a 70 to 80 percent chance that an earthquake of magnitude 8 or higher could hit around the Nankai Trough, off Japan's Pacific Coast, within the next 30 years.