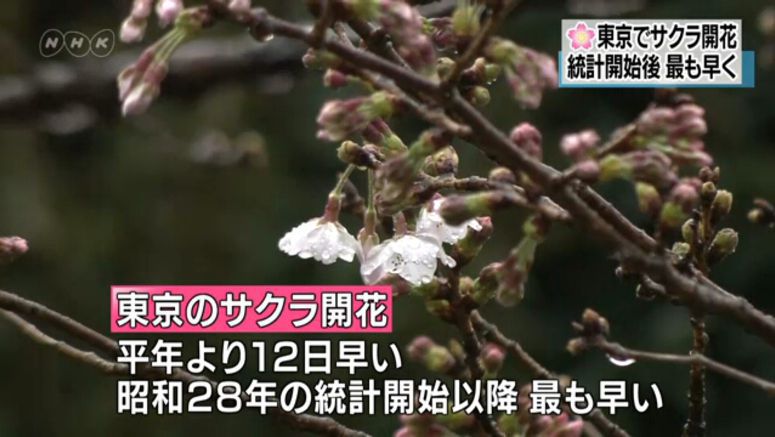 Japan's Meteorological Agency has declared the start of cherry blossom season in Tokyo.

Agency officials confirmed on Saturday afternoon that at least five blossoms had opened on the benchmark tree of the Somei-yoshino variety at Yasukuni Shrine in central Tokyo.

The declaration came 12 days earlier than average. It was the earliest since statistics began to be kept in 1953.

But temperatures plunged in Tokyo on Saturday, in contrast to the warm weather until the previous day. A low pressure system and a cold front brought intermittent sleet, with the temperature as of 2 p.m. at 2.5 degrees Celsius.

A commercial weather-information firm says cherry trees will likely start blooming earlier than usual in many parts of western and eastern Japan through next week.