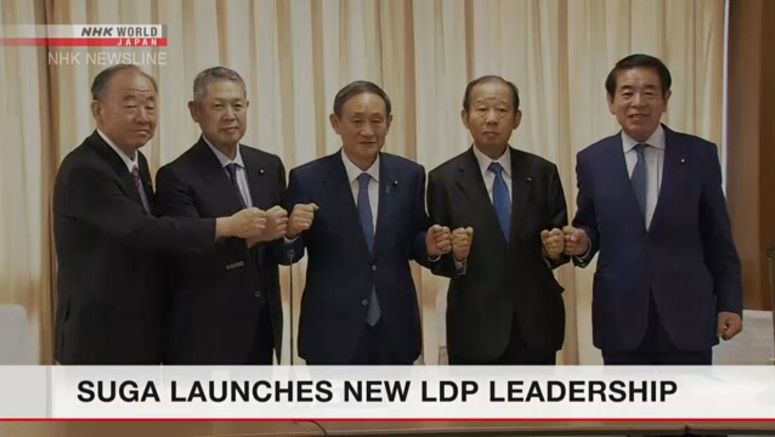 The new leader of Japan's main ruling Liberal Democratic Party is flexing his powers in his picks for the lineup of party executives.

Suga Yoshihide has filled key posts with veteran lawmakers from the five LDP factions that backed his campaign.

These influential figures were Suga's most powerful supporters in the leadership campaign.

Suga is almost certain to succeed Abe Shinzo as prime minister following a vote in the Diet on Wednesday. If so, his Cabinet would also be announced later that day.