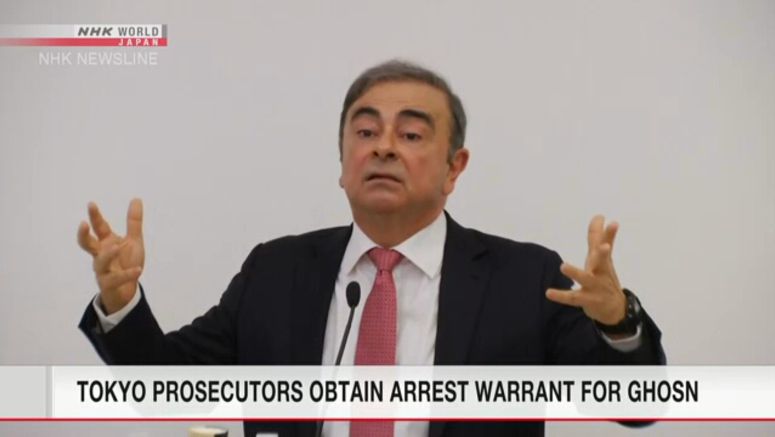 Prosecutors say Ghosn illegally left Japan on a private jet on the night of December 29 without going through departure screenings. He flew from Kansai International Airport in western Japan to Lebanon via Turkey.

The 65-year-old former auto industry titan was out on bail after being indicted on charges of financial misconduct. He was banned from traveling overseas under a bail condition.

The prosecutors also obtained arrest warrants for three others, including a man believed to be a former member of the US special forces, on suspicion that they helped Ghosn flee.

Sources say Ghosn joined the three at a hotel in Tokyo on December 29 before traveling to Osaka by bullet train. Two of the men reportedly accompanied him.

They are believed to have helped Ghosn board the jet by hiding him in a large case for musical equipment.

One of the two men is identified as 59-year-old Michael Taylor, who's said to be a former member of the US Army special forces known as the Green Berets.

In 2009, he was reportedly involved in a rescue operation for a US newspaper reporter who had been abducted in Afghanistan. Taylor was then a contractor for a private military company.