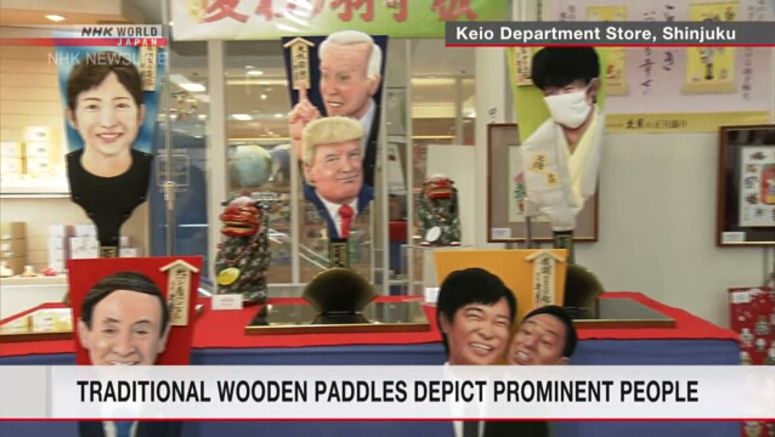 A doll wholesaler in the capital city has been making the paddles every year since 1986, using a traditional Japanese "oshie" quilting technique.

Fujii Sota, who became the youngest shogi player to win two titles at the age of 18 years and one month, is depicted wearing a facemask.

US President Donald Trump and president-elect Joe Biden are depicted on a presidential election-themed paddle.

The display will be up until Tuesday at Keio Department Store in Tokyo's Shinjuku Ward.