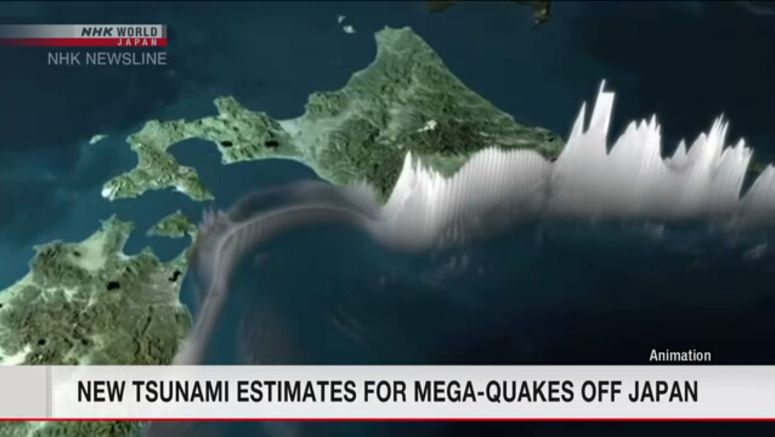 An estimate by a Japanese government panel suggests that tsunami could overwhelm a new seawall at the Fukushima Daiichi nuclear power plant, if a mega-quake occurs in a deep-sea trench off northeastern Japan.

The panel of experts on Tuesday released its projection of the scale of tsunami that could be triggered by a massive quake along the Japan Trench.

The panel expects that waves as high as 13.7 meters could hit Futaba Town, Fukushima Prefecture, where the plant is located.

That is higher than the 11-meter-high seawall being built on the ocean side of the compound. The wall is one of the anti-tsunami measures taken by Tokyo Electric Power Company as it decommissions the plant.

Other measures include blocking the openings of the reactor buildings and deploying power supply vehicles on higher ground to continue cooling spent nuclear fuel.

TEPCO says it will examine the estimate and consider what measures to take.

Nearly 1,000 tanks of radioactive wastewater are stored in the compound. The operator says the projected tsunami won't reach the higher ground where they are located.