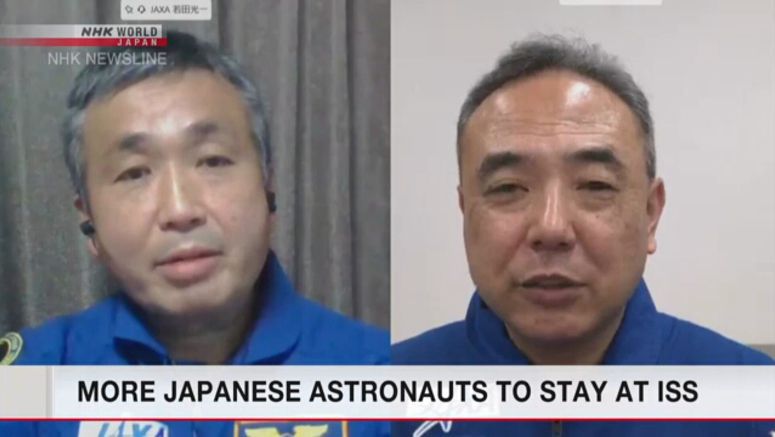 Japan's space agency announced that two more Japanese astronauts have been scheduled for long-term stays at the International Space Station.

The Japan Aerospace Exploration Agency, or JAXA, said on Friday that Wakata Koichi will stay at the ISS sometime around 2022, and Furukawa Satoshi around 2023.

Wakata said in an online news conference that space travel is a rare opportunity and he feels inspired.

He also said serving as a JAXA vice president enabled him to learn about the role and direction of manned space flights from a broader perspective.

He said he will make full use of his experience to achieve the best result.

Furukawa said a long time has passed since his first space mission in 2011. But he actually feels as if the time passed very quickly.

He also said he always wanted to go to space again if he had a chance, so he has kept his motivation.

Wakata is 57 years old. The next mission will be his fifth -- the most number among Japanese astronauts.

Furukawa, who is 56 years old, is a medical doctor. The next space flight will be his second.

Noguchi Soichi has just begun his stay at the ISS. Hoshide Akihiko is due to start from next year.