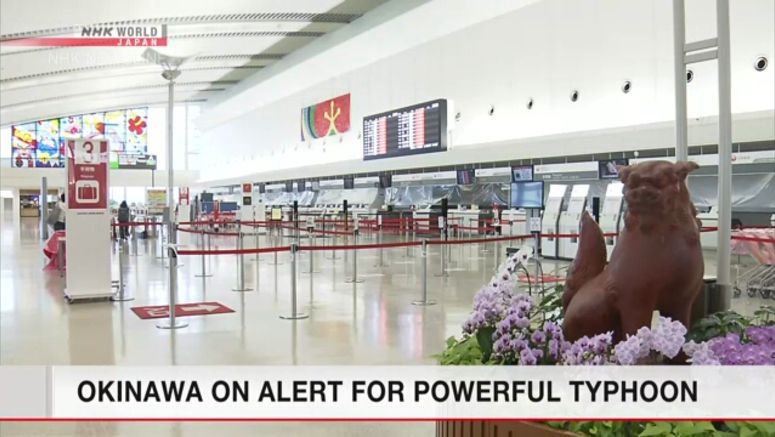 Weather officials say the typhoon is expected to approach Okinawa and the Amami region in Kagoshima Prefecture between Monday night and Tuesday.

Officials say that as of 8 p.m. on Monday, the typhoon was moving north-north-west over waters 160 kilometers south of Okinawa's Naha City at a speed of 30 kilometers per hour.

Violent winds of more than 90 kilometers per hour are blowing within 150 kilometers of its center.

The typhoon is expected to pick up strength. Winds are expected to become strong enough to cause houses to collapse in Okinawa on Tuesday.

Okinawa is forecast to have hourly rainfall of 80 millimeters, accompanied by thunder.

High tides in Okinawa may cause flooding in coastal areas and near the mouth of rivers.

The typhoon is expected to move over waters west of Kyushu between Wednesday and Thursday. People are advised to keep updated on the latest information.