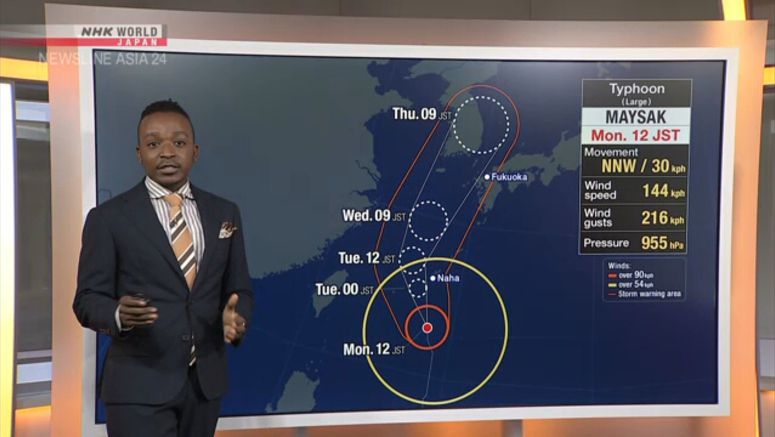 Powerful typhoon Maysak is expected to approach the southern Japanese prefecture of Okinawa and the Amami region in Kagoshima Prefecture between Monday night and Tuesday.

They say winds violent enough to cause houses to collapse could hit Okinawa's main island between Monday night and tomorrow, and the Amami region on Tuesday.

Rough seas are also expected. Waves are likely to be 13 meters high around Okinawa's main island, 11 meters around Amami and 9 meters around Miyako Island.

Limited areas of Okinawa may have hourly rainfall of 80 millimeters.

High tides in Okinawa and Amami may cause flooding in coastal areas and near the mouths of rivers.