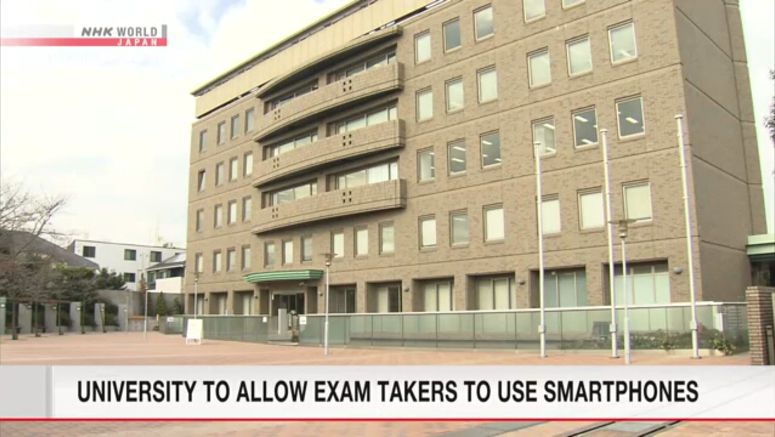 A university in Japan is introducing an entrance exam method in which applicants can use smartphones and tablet computers to search for information.

Sanno University, which has campuses in Tokyo and Kanagawa, plans to introduce the new measure for some of its exams to be held in February.

The university says it believes this would mark the first use of this method in Japan.

It says it wants to evaluate the exam takers' ability to resolve problems, using information they gather on the digital devices, as it seeks people who can proactively tackle problems.

The move comes as the government promotes reforming university entrance exams to assess students' ability to apply their knowledge.

Sanno University's sample problem on its website asks exam takers to read a certain plot, and write a report on how to prevent the issues described there from occurring.

The university plans to increase the number of observers at exam venues to prevent misconduct, such as transmitting contents of problems to outsiders.