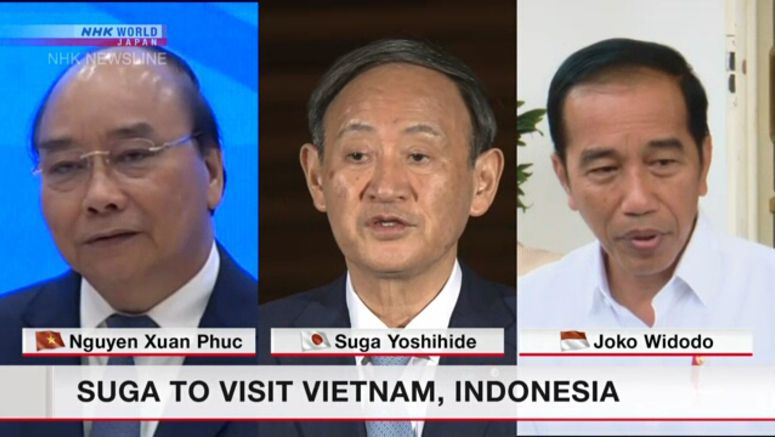 A spokesperson of Vietnam's foreign ministry has expressed optimism about Japanese Prime Minister Suga Yoshihide's upcoming visit to the country.

The spokesperson also said it will help restore and develop the two countries' economies, which have taken a hit due to the coronavirus pandemic.

Vietnam's economy grew by 2.1 percent in the January-September period, the lowest in a decade.

The country is also believed to be seeking stronger security ties with Japan in light of a territorial dispute with China in the South China Sea.