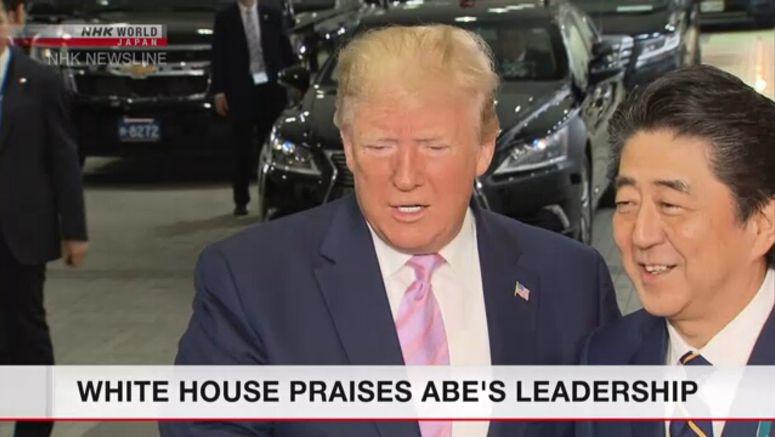 A senior official from the administration of US President Donald Trump has expressed gratitude to Japanese Prime Minister Abe Shinzo, describing his leadership as outstanding.

The official made the comment to NHK on Friday following Abe's announcement that he intends to step down.

The official said the US-Japan alliance and overall bilateral ties are at their strongest-ever because of Abe and Trump.

The official also said the two countries have significantly advanced their shared vision of a free and open Indo-Pacific.

The official added that the United States looks forward to working with Abe's successor to further strengthen ties and advance their shared goals.