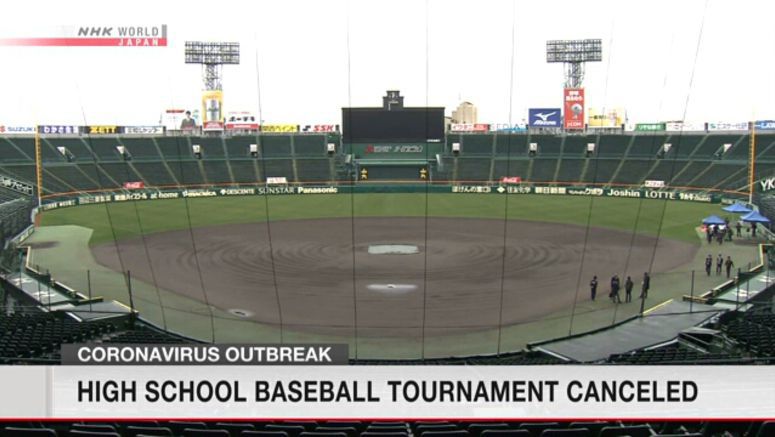 The organizers of Japan's annual spring invitational high school baseball tournament have canceled this year's event amid the spread of the new coronavirus.

The organizers planned to hold the popular event at Koshien Stadium in Hyogo Prefecture, western Japan, without spectators in response to the outbreak.

But they reached the latest decision at an extraordinary meeting on Wednesday.

The tournament was scheduled to start next week.

The tournament was suspended for five years from 1942 due to World War Two. But the cancellation is the first in its history.

Over 570 flights canceled on Monday due to ty...

Hundreds of flights canceled due to typhoon