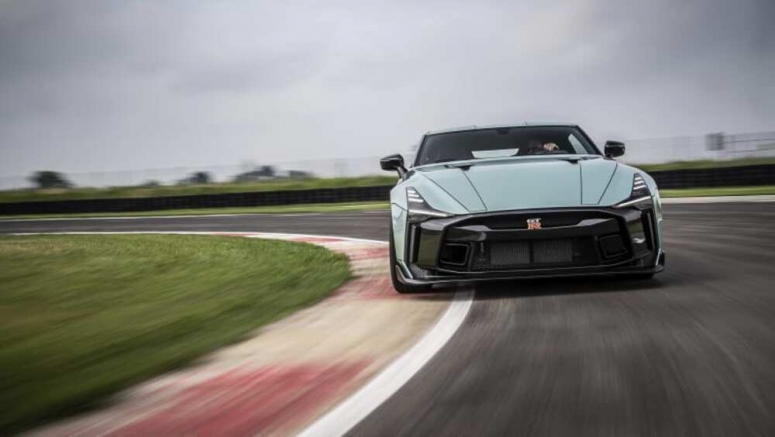 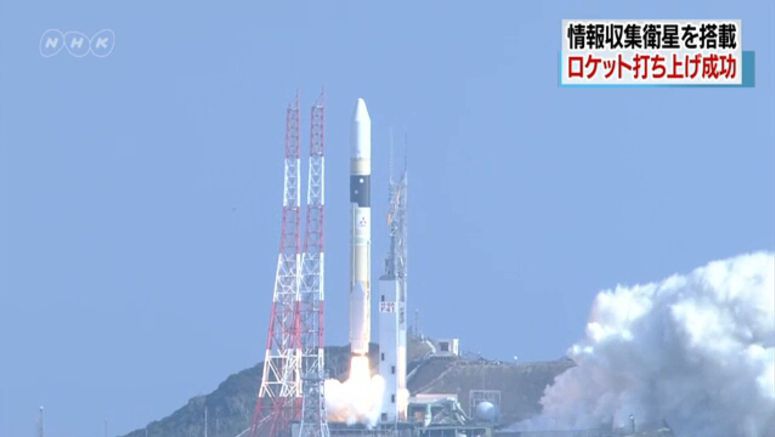 Japan has put another intelligence-gathering satellite into orbit.

An H2A rocket carrying the satellite was launched from Tanegashima Space Center in Kagoshima, southern Japan at 10:34 Sunday morning. 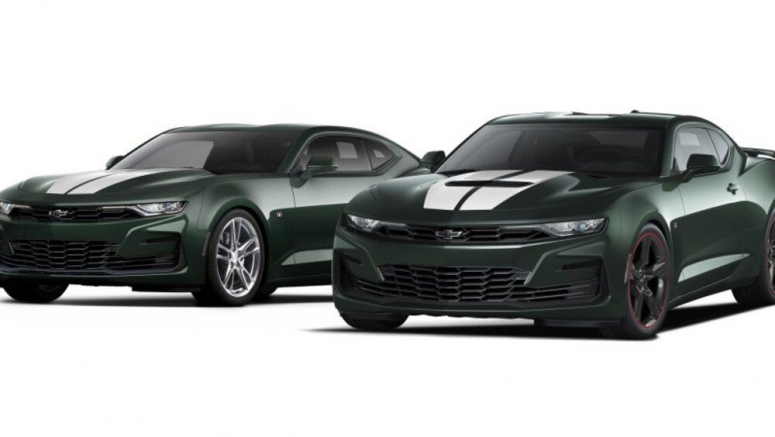 Chevrolet is celebrating the Japanese launch of the redesigned 2020 Camaro with a limited-edition model named Heritage Edition. The firm will sell 90 units of it exclusively in Japan. The Heritage Edition is based on the redesigned 2020 Camaro currently reaching showrooms globally. It's offered as a coupe and as a convertible, and both come exclusively in Rally Green Metallic, a shade that's a little darker than the one available on the first-generation Camaro. Coupes also receive white racing stripes. Black 20-inch wheels come standard on SS trims, while the other variants ride on silver alloys with a different design. Chevrolet hasn't released interior photos yet, but it noted the coupe ships in Jet Black, and the convertible gets a shade of brown named Kalahari. All told, the heritage-inspired changes are frivolous, especially considering the nameplate boasts over five decades of history on and off the track all over the globe. Mechanical modifications aren't part of the package. The Japanese Camaro range doesn't include the 3.6-liter V6, so buyers need to choose between a 2.0-liter four-cylinder turbocharged to 275 horsepower, or a 6.2-liter V8 that puts 453 horses under the driver's right foot. Neither is available with a manual transmission. Heritage Edition deliveries will begin in the summer of 2020. The LT RS model costs 5.65 million yen (about $51,500), which puts it on par with the regular-production model. The convertible starts at 6.45 million yen (roughly $58,000), and the SS is priced at 7.48 million yen (around $68,000), increases of $180 and $3,500, respectively, compared to the standard Camaro. Production is limited to 30 LT RS cars, 20 convertibles, and 40 SS models.  There's no indication Chevrolet will offer the package in America, and there's no need to; enthusiasts who want a Camaro painted in Rally Green Metallic with a black or a brown interior can order one from their nearest dealer. Autoblog nonetheless reached out to the company for confirmation, and we'll update this story if we learn more.

Toyota has announced the official pricing and specification of the facelifted C-HR in the United Kingdom. The subcompact crossover is already on sale in four trim levels, including the new Dynamic Edition, and customer deliveries will commence next January.

While other consoles like the PS4 and Xbox One support wireless headphones, the Nintendo Switch doesn’t, or rather it isn’t quite as straightforward. Switch gamers who want to use wireless headphones will need to attach a wireless dongle to the console’s dock which means that using it in handheld mode is next to impossible.

The good news is that the folks at SteelSeries might have you covered. The company has announced its latest wireless gaming headset in the form of the Arctis 1 Wireless. This is a wireless headset that will be compatible with the Switch in handheld mode, thanks to a small 2.4GHz receiver that connects to the Switch’s USB-C port.

When it comes to video recording, Panasonic’s Lumix GH5 was actually one of the more highly-rated cameras around, but it has been a while since the camera was launched. If you’re looking for a new camera that is designed for videography in mind, then Panasonic might have something new for you in the form of the Lumix S1H.

This is a full-frame mirrorless camera that comes with a 24MP similar to its predecessor, the Lumix S1. However, there is a difference and that the S1H actually features an anti-aliasing filter that will help reduce moire. There is also in-body image stabilization, meaning that photographer and videographers won’t need to look for specific image-stabilized lens in order to achieve a smooth and steady shot.

When it comes to noise-cancellation technology in headphones, we typically see it in over-ear and on-ear headphones, but in case such headphone designs are too bulky, then you might be interested to learn that Sony has announced their new WF-1000XM3 wireless noise-canceling earbuds.

These earbuds have been designed to be true wireless earbuds, similar to other devices such as Apple’s AirPods, but with the added advantage of offering up noise-cancellation technology as well. This is clearly not Sony’s first attempt at creating wireless earbuds, but they have definitely improved on its tech since then.

Browsers like Google’s Chrome have a feature called Incognito Mode which is meant to help keep your browsing sessions private. However, sometimes that doesn’t always work as intended and that there is still some work to be done to ensure a truly private browsing session. However, if you don’t mind using an alternative browser, then you might be interested to learn that the Tor Browser has officially launched for Android.

The Tor Browser for Android has been in the works for a while with its alpha released back in September last year. However, the Tor Project has announced that the first stable release is now available on Android and for those who are interested, they can go ahead and take the browser for a spin

If you’re looking to introduce your child to the world of photography but don’t want them to ruin your expensive camera, Nikon might have something for you. The company has recently introduced a new camera in the form of the Nikon COOLPIX W150 which is a digital compact camera that is kid-friendly.

By kid-friendly, we are talking about the overall design of the camera which offers bright and colorful designs to make them seem more interesting to children. They are also waterproof and shockproof which means that getting it wet and accidentally dropping it should not pose an issue with its operations.

Sony has launched a taxi-hailing service in the Japanese capital of Tokyo as part of a joint venture that it’s leading. The ride-hailing landscape is a bit different in Japan compared to other countries across the globe where services like Uber reign supreme. S.Ride is a major entry into this landscape and is available for use starting today.

The S.Ride app can be used to flag down regular taxis. Riders can choose to pay with cash, a digital wallet that’s QR code-powered, or through a credit card. It’s a good option for those who don’t want to head out on the street to hail a taxi on their own but that’s hardly going to be an issue for people in the busy areas of Tokyo.

Fujifilm has several high-end mirrorless cameras, one of which is a rangefinder-style camera in the form of the X-Pro series. So far there have been two models: the X-Pro and the X-Pro2, and according to an earlier rumor by Fuji Rumors, it has been rumored that the X-Pro3 could actually be launched later this year.

Details about the camera are next to nothing at the moment, but according to the publication, they have recently received a tip from a source that claims that the X-Pro3 could actually be manufactured in Japan. For those unfamiliar, Fujifilm has taken pride at how the bulk of its cameras and lenses are made in Japan.

When it comes to action cameras, GoPro has been more or less the leader in that space. However Sony has been challenging GoPro in that space and with the company’s latest offering, the Sony RX0 II, it looks like they could make a pretty compelling argument.

The RX0 II, as its name implies, will be the successor to the Sony RX0 that was launched in 2017. It has been about 2 years since the previous launch so it was due for a refresh. What makes Sony’s offering interesting is how it actually comes with a tiny flip-up display which will be useful when trying to capture weird angles or selfies.