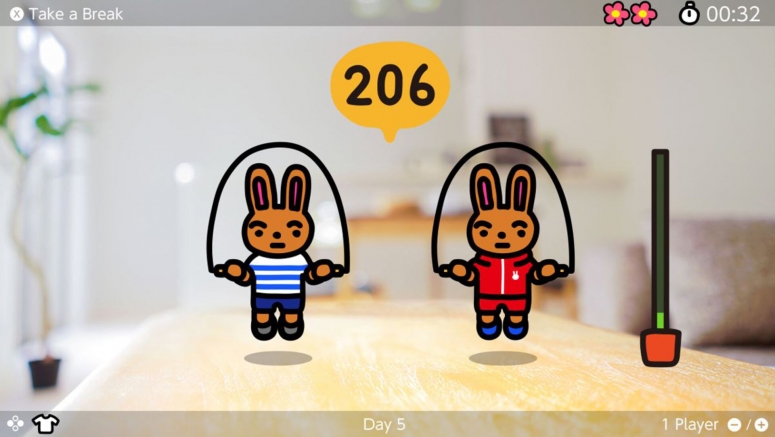 The lockdown has caused not only financial strain on the world, but also on the mental and physical well-being of people who might otherwise be going out socializing, exercising, and so on. If you’re going a little stir crazy at home right now, the good news is that if you own the Nintendo Switch, Nintendo has recently released a free game for you all.

The company has announced a free title called the Jump Rope Challenge. This is pretty much as its name suggests, where players will be able to jump rope using their Joy-Cons to emulate the experience of jumping rope. According to Nintendo, this game was developed by developers who were working from home in Japan to help incorporate some physical movement in their life while making it a fun and social game.

Nintendo already has a couple of fitness related titles for the Switch, like the Ring Fit Adventure. However, the game is currently sold out in many places around the world and is hard to get ahold of right now, so this freebie should kind of make up for it. Unfortunately, this will not be a free game for life.

Introducing #JumpRopeChallenge, a free simple game from Nintendo! Grab a pair of Joy-Con controllers and take an active break in your day by jumping rope! Available for download now on #NintendoSwitch!https://t.co/wa9gpMQYsx pic.twitter.com/YhnDAMiGD4

Nintendo notes that it will only be available for a limited time and will run through September, so you’ll want to check it out ASAP while it is still available, so head on over to the Switch Store to download it.