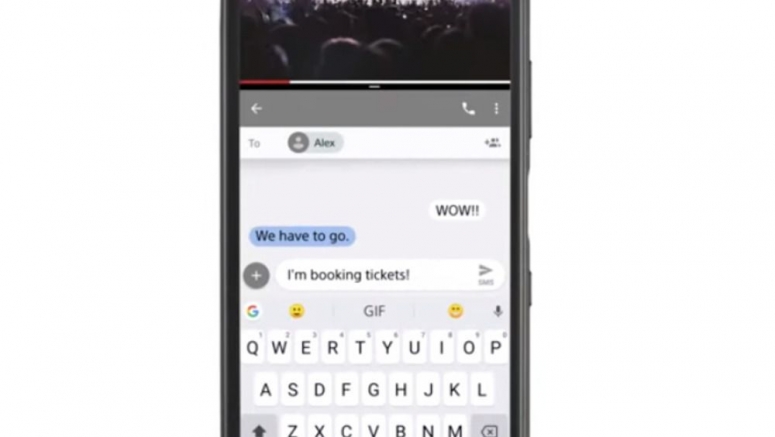 Sony has introduced its first 2020 smartphone, in the form of the entry-level Sony Xperia L4. As you'll see from the headline, one of the most notable new ‘features' as an Xperia fan, is that this is the first Xperia smartphone with a notch. We thought that by now we had ridden out this fad, given that we've seen phones with notches since 2017.

We know the notch isn’t going to be loved by the Xperia faithful, who may feel Sony has already lost some of its core customers by pandering to current smartphone trends, but it’s worth remembering this is only their budget phone. If we saw a notch appear on their new flagship that could be another matter…

We’re a bit confused why Sony didn’t just announce the Xperia L4 on Monday, when it plans to reveal its new flagship at what would have been its MWC press conference. We’ll see an announcement via a YouTube video at 8.30am (CET) on Monday 24 February 2020. Maybe, Sony didn’t want to detract from its main showcase. Maybe, it wanted to prepare people for the notch on a flagship (eek!), although we really hope that isn’t true.

It is powered by a MediaTek Helio P22 chipset (MT6762), 3GB RAM and has 64GB internal storage with microSD memory card support. Other specs include a 3580mAh battery and the inclusion of a 3.5mm headphone jack and fingerprint sensor. The phone has dimensions of 159 x 71 x 8.7mm and weighs 178 grams.

The Xperia L4 will launch with Android 9.0 Pie and will be available in 'select markets’ from spring 2020 in two colours (Black and Blue). We would expect the phone to be available in various regions across Europe, including the UK, but cannot confirm other markets right now.