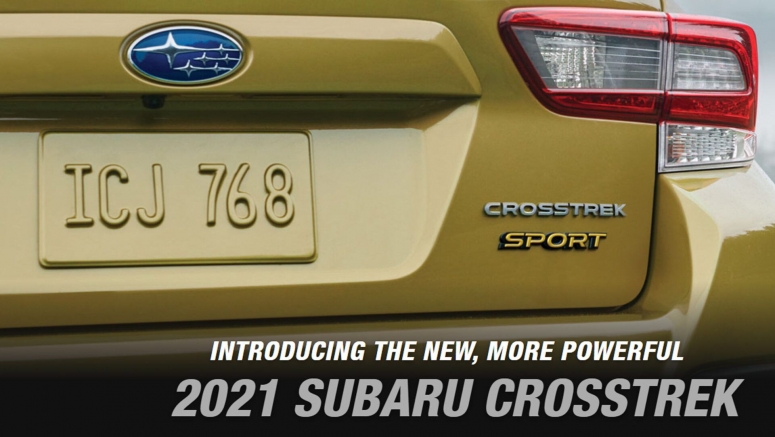 While the picture isn’t very revealing, it does confirm the model will be offered in a new Sport trim.

Subaru didn’t have much to say about the Crosstrek, but they revealed it will have more horsepower and this promises to make the crossover more “fun-to-drive.” The company also said the model will be "more exciting and capable."

That’s isn’t much to go on, but Subaru of America CEO Tom Doll has previously said the Crosstrek will get a new 2.5-liter four-cylinder engine. It’s expected to carryover from the Forester where it produces 182 hp (136 kW / 185 PS) and 176 lb-ft (239 Nm) of torque. It should be connected to a continuously variable transmission and a standard all-wheel drive system.

That’s doesn’t sound like a huge difference, but the horsepower rating will climb by nearly 20%. Doll has also said it will address criticisms that the model is under-powered.

Little else is known about the 2021 Crosstrek, but Subaru said we can expect some small styling changes. The company also suggested there will be new safety features, so there could be an improved EyeSight system.