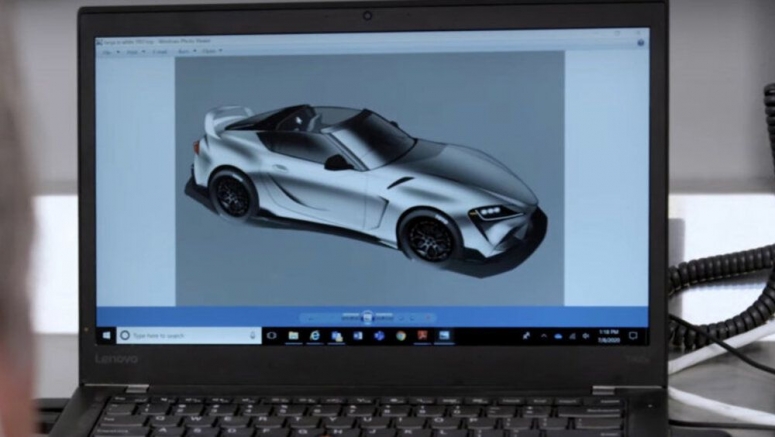 Way, way back in 2019 when SEMA was still a physical show, Toyota showed us a concept called the Supra Heritage Edition. The goal was to evoke the look of the beloved fourth-generation 1994-98 Supra on the fifth-gen 2020 GR Supra with the addition of a body kit, hoop spoiler, and iconic quad-element taillights. For the virtual SEMA 360 show of 2020, Toyota is modifying the Heritage Edition yet again, this time with an open roof.

Called the Sport Roof, the name recalls the removable top option on some fourth-gen Supras. Unlike the more typical T-tops of the era, the entire center section of the roof could be removed with no center spine connecting the front and rear sections. It's basically a Targa top, except Porsche holds the trademark to the Targa name.

However, the Sport Roof has been a Supra trademark. It debuted on the 1986.5 model, which we in the United States know as the third-generation Supra. However, because previous-gen Supras were sold as the Celica XX in Japan, Sport Roofs have always been a Supra feature as far as the home country is concerned. Going further back, the first Toyota to feature such a roof was the 1965 Sports 800, which predates the Porsche Targa roof by a year.

Since the GR Supra only comes as a close coupe from the factory, Toyota will have to make two strategic cuts to the roof. They will then fabricate a new roof section out of composite material, one that follows the factory curves of the car. That section will also have the ability to split in two, so it can fit in the Supra's trunk like the original Sport Roof. The rest of the body will have to be reinforced as well, in order to compensate for lost rigidity.

Toyota will reveal the completed version in about two weeks, along with the remainder of its SEMA show cars.