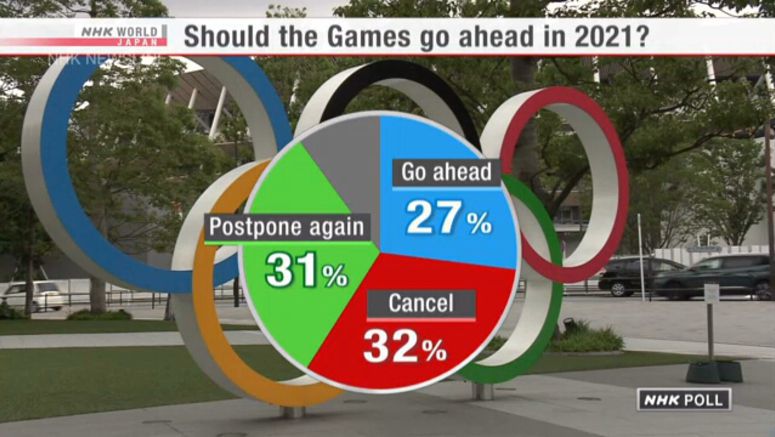 The respondents were asked whether they think the Olympic and Paralympic Games should be held in 2021.

They were also asked what they think of explanations given by former Prime Minister Abe Shinzo over annual parties held for his supporters.

Abe's supporters gathered for parties at Tokyo hotels on the eve of his annual cherry blossom viewing events. Investigations by prosecutors are underway into the parties' expenditures.