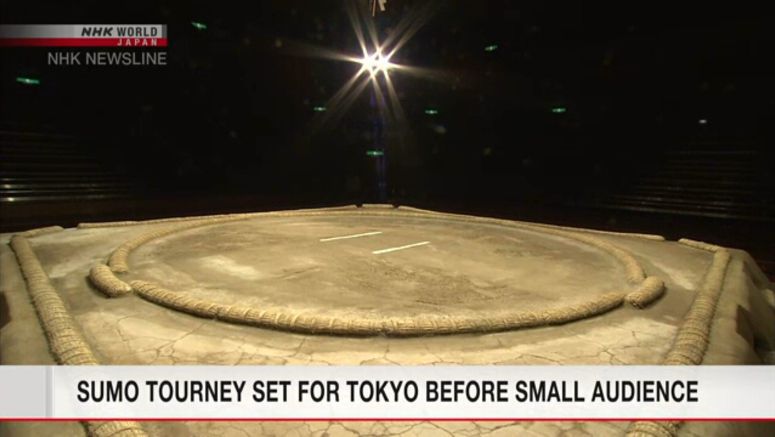 The Japan Sumo Association says it will hold its July tournament in Tokyo with about 2,500 spectators, roughly 25 percent of the full capacity. The reduction is part of measures against the coronavirus outbreak.

The association made the announcement on Monday. The tournament will start on Sunday at Ryogoku Kokugikan arena.

The grand sumo tournament in July is usually held in Nagoya, central Japan. But the governing body changed the venue, partly because its May tournament, scheduled to be held in Tokyo, was canceled due to the outbreak.

The association earlier planned to hold the July tournament with no spectators.

But it has decided to allow a limited number of fans while taking strict measures to prevent the spread of the virus among wrestlers and visitors.

The association held its March tournament in the western city of Osaka without spectators. The upcoming tournament will be the first one to be held with spectators since January.