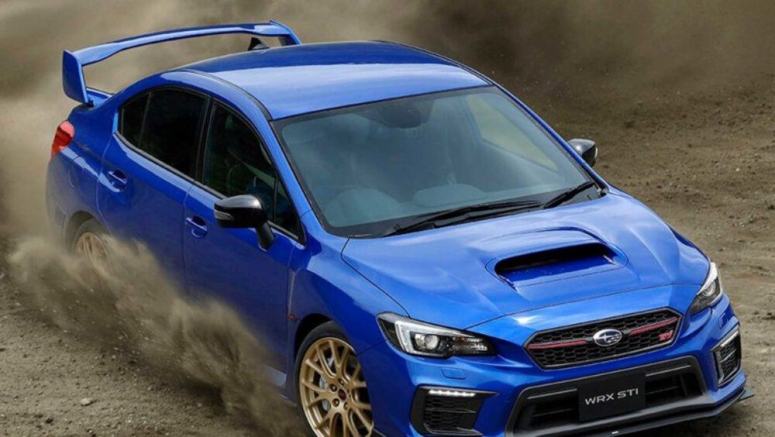 Nipping infinite rumors in the bud, Subaru confirmed the Outback, the Forester, the BRZ, the WRX STI, and every other car it makes will go electric or disappear by the middle of the 2030s. The Japanese automaker announced it plans to kick gasoline-powered cars out of its global portfolio in about 15 years' time. The announcement comes in the wake of ever-stricter emissions regulations around the globe, notably in China and in the European Union. The firm isn't going to turn the tap off overnight, though. Toyota owns an 8.7% stake in Subaru, and the two partners are jointly developing a pair of electric cars due out during the 2020s. Others will inevitably follow. By 2030, hybrid and electric models will represent at least 40% of Subaru's annual global output. In the meantime, Subaru is funneling an immense amount of money into adapting Toyota's hybrid technology to its vehicles. The gasoline-electric variant of the Crosstrek introduced in 2018 a product of this collaboration. Executives outlined plans to release a "strong hybrid" again built with Toyota parts, though they stopped short of providing more details. They also stressed their goal isn't to achieve mere badge-engineering. "Although we're using Toyota technology, we want to make hybrids that are distinctly Subaru. It's not only about reducing CO2 emissions. We need to further improve vehicle safety and the performance of our all-wheel drive," affirmed Tetsuo Onuki, Subaru's chief technology officer, during a briefing Reuters attended. His comments suggest all-wheel drive will continue to define the members of Subaru's range in the electric-only era. The configuration has been one of the brand's strongest selling points for decades, and it helped it grow from a niche brand peddling obscure cars to a major mainstream automaker in the United States, so giving it up would be marketing suicide. The horizontally-opposed engine is Subaru's second signature, it's what the C-shaped daytime running lights seen on its cars are inspired by, but Onuki confirmed its rumbling days will come to an end.

It's easy to forget that Mitsubishi was once upon a time brave enough to offer a wagon bodystyle with its iconic Lancer Evolution. These longroof versions were created for the JDM market only and finding one outside the land of the Rising Sun is pretty surprising.

Toyota UK is retiring the single petrol option of the Corolla, making the compact hatchback a hybrid-only model.

The driver of a Tesla Model X was nearly rammed by a Subaru Forester, with the former claiming that it was a case of road rage.

Rob Dahm returned to SEMA this year to show off his unique project; we're talking of course for the world's first and only all-wheel drive Mazda RX-7 fitted with a four-rotor billet engine.

The world premiere of the all-new Honda Fit / Jazz at the 2019 Tokyo Motor Show was followed shortly by the European reveal of the 2020 Jazz.

While in Europe the Mazda CX-30 will offer three powertrain choices, including the revolutionary SkyActiv-X 2.0, North American customers will have to settle for only one engine – at least at launch.

To mark seven years since the BRZ was introduced to the Spanish market, Subaru's local subsidiary has launched a Special Edition model.

Nissan has taken the 2019 Murano into the 2020MY with only a few small changes and higher price tags for each trim level.

Honda confirmed that the next-generation Jazz will be offered exclusively with a hybrid powertrain option in Europe, as part of the company's electrification strategy.

Japanese Environment Minister Yoshiaki Harada has said he thinks the only way to stop the buildup of wastewater that is contaminated with radioactive tritium at the damaged Fukushima Daiichi nuclear plant is to release it into the sea.

About 170 tons of wastewater containing mostly tritium is building up at the nuclear plant each day. Wastewater from the damaged reactor buildings is cleared of most other radioactive substances.

Japan's transport ministry says a large-scale test conducted earlier this week, aimed at easing traffic on Tokyo's Metropolitan Expressway during next year's Olympics and Paralympics, failed to achieve a goal that had been set.

People are concerned that traffic congestion on the expressway will be heavy during the Summer Games if no measures are undertaken.

Sony’s Xperia smartphone business has been losing money for quite some time now. Despite rumors that the company was looking to give up on the business altogether, Sony has reiterated its commitment to making smartphones, but will only be selling them in four markets going forward. It’s exiting all of the other markets for a more sustainable approach to the business.

Sony CEO Kenichiro Yoshida said that the Xperia smartphone business is a pivotal part of Sony’s identity which is entertainment focused. “We see smartphones as hardware for entertainment and a component necessary to make our hardware brand sustainable,” pointing out that younger generations no longer watch TV, “their first touch point is smartphone.”

Even though we love a crisp stick shift, we are fully aware that the manual transmission will go the way of the dodo. Which is inevitable, given the take rate of three-pedal cars against their automatic versions.

A Japanese industry group that manages the Kobe beef brand has expressed sadness about the death of US basketball star Kobe Bryant, whose name is said to come from the famous meat product.Tetsunori Tanimoto of the Kobe Beef Marketing & Distribution Promotion Association said he was shocked to hear...more

Weather forecasters say central Tokyo may be blanketed with snow from Monday evening through Tuesday. They are warning of traffic disruption and icy roads.Meteorological Agency officials say a low-pressure system and a high-altitude cold air mass are expected to bring snowfall to wide areas around...more

A Japanese group of researchers says it has conducted heart surgery using sheets of heart muscle cells made from iPS cells.Induced pluripotent stem cells are created from reprogrammed human cells and can develop into various kinds of body tissue.

Expert: Infection control may be difficult

A Japanese expert says infection control and prevention will be difficult for the new coronavirus linked to a pneumonia outbreak in China.Tohoku Medical and Pharmaceutical University Professor Mitsuo Kaku says infections may occur when people have no apparent symptoms. He warns that the number of...more

The operator of the Ikata nuclear power plant in western Japan says it will place top priority on determining what caused a series of serious problems at the plant.Shikoku Electric Power Company President Keisuke Nagai apologized to Ehime Governor Tokihiro Nakamura for the problems on Monday.

Japanese firms prepare to fly staff out of Wuhan

Companies are preparing to bring home employees and their families from Wuhan, a Chinese city at the center of the coronavirus outbreak.The Japan External Trade Organization says about 160 Japanese firms are operating in and around the city.

In the New Year Grand Sumo Tournament, a wrestler at the bottom of the rankings in the top Makuuchi Division has won the Emperor's Cup.Tokushoryu beat Ozeki Takakeisho on the final day of the tournament on Sunday, clinching the title with 14 wins and one loss.

Japan's Defense Ministry plans to submit a bill to the current session of the Diet to establish a space unit.The ministry is considering creating the new unit and increasing the number of personnel starting this April to beef up its defense capabilities in the realms of outer space and cyberspace.