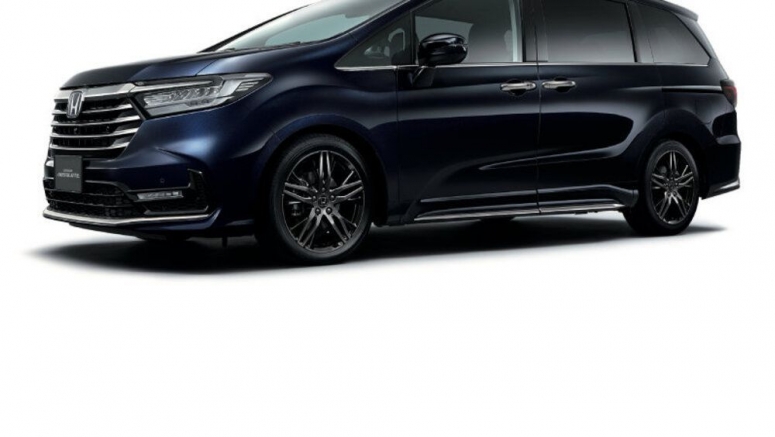 There's a new Honda Odyssey in Japan, and it has two trick features we wish would come stateside.

First, there's a proximity sensor in the rear sliding doors so you can walk right up them, hands full of babies or groceries, and open them with an elbow bump. It's basically one of those power tailgates that you can open with your foot, but for a sliding van door. Speaking for parents everywhere, why is this not a thing on every minivan already?

To be clear, this feature is on the Japan domestic market Honda Odyssey, which is entirely different from the Honda Odyssey we get in the U.S. It has a smaller footprint to slide under certain brackets of Japan's size-based vehicle tax laws, and it's been available with a hybrid drivetrain.

However, this "gesture control power sliding door," as Honda calls it, is a simple technology that could easily be transferred across the Pacific. When the door senses that the keyfob in your pocket is in close proximity, a serene blue light illuminates along the sliding door. Then you can either wave your hand in front of it, keeping a distance of 1 to 5 cm, or hold your elbow over for a split second, keeping a distance of 1 to 3 cm, and the door opens with a beep. Of course, you can open the door via a traditional tug on the handle too.

Closing the door is just as simple as a wave in the other direction. At any point, you can tap the light to stop the door in mid-movement.

The Odyssey has another feature that could be useful on all cars, minivan or not, called "reservation lock" that automatically locks the car after all doors are closed. It's activated by pushing the proximity sensing lock/unlock button on the door handle or the key fob, even while the sliding doors or rear liftgate is open. Rather than an annoying beep reminder, the car simply waits until doors and hatch have shut, then issues an audible and light-flash notification that the car is locked.

This would be a tremendously useful addition to all cars, as it lets you lock the car before you've grabbed all your kids and your gear. Who among us hasn't loaded our arms full only to realize that we must now fumble for the key fob or push the lock button while keeping hold of a bundle of bags? Here, you simply walk away like an action hero from an exploding car, never looking back. Except the car's not exploding, it's safe and secure.