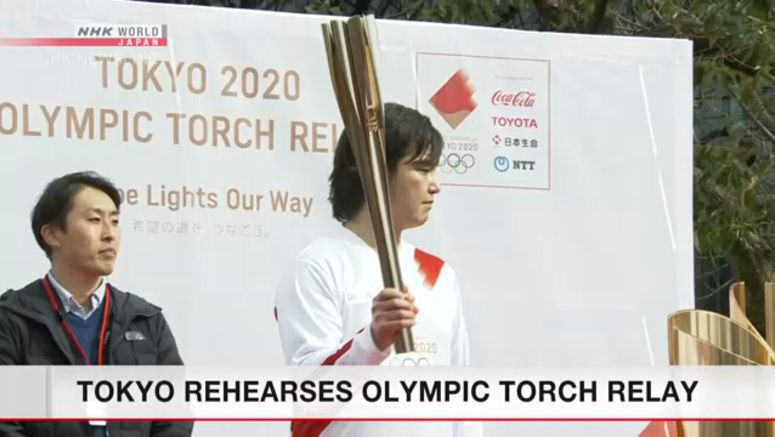 Participants in the torch relay for the Tokyo Olympic Games held a rehearsal on Saturday in the city of Hamura, western Tokyo.

The rehearsal was staged by Japan's Olympics organizing committee, the Tokyo Metropolitan Government and sponsor companies.

An 800-meter section of a public road was closed off to traffic for about two hours.

Runners were accompanied by a convoy of about 30 vehicles. They included actress Satomi Ishihara, an official ambassador for the torch relay.

The relay will cover 859 municipalities across Japan, starting March 26.

Expert calls for stepping up measures in Toky...