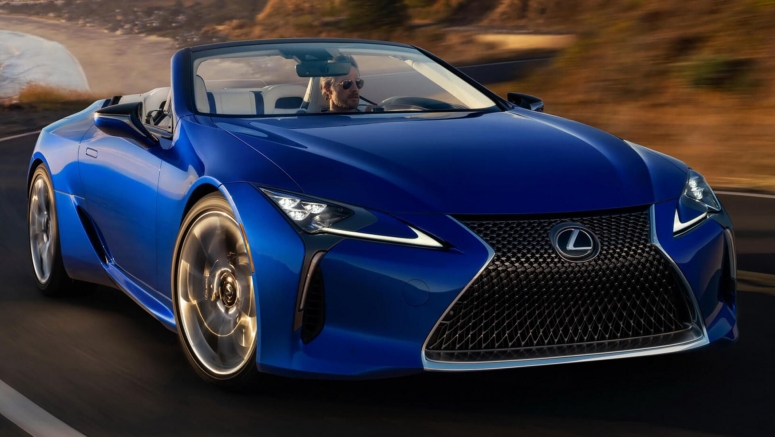 Did you buy a new Toyota Supra, BMW Z4 or 3-Series this year in the United States? Well, then, don’t go anywhere, because this news might concern you.

The second season of "7SEEDS," an animated series about saving humanity after Earth is hit by a catastrophic disaster, is in the pipeline for 2020.

Another key visual and the second teaser for the new season have already been released.

Subaru has announced yet another limited edition of the North American 2020 WRX and WRX STI models at the LA Auto Show, this time it's the new Series White series.

The Lexus LC Inspiration Series has touched down in Australia, where "fewer than 10 units" will be available to those interested in the luxury GT.

Apologies for the lack of updates recently. While we've been away, there have been a number of Sony Xperia smartphones have received new firmware updates. This includes the first update for Sony's latest phone, the Xperia 5, which received October 2019 Android security patches with firmware build 55.0.A.11.25.

When BMW came out with the 3-Series Gran Turismo back in 2013, most weren’t exactly thrilled with its design that was, well, not bad, yet also not one of Bavaria’s finest moments.

Lexus is continuing its trend of making its "Inspiration Series" of cars, and the latest model to get the treatment is the LS 500. Just like all the others before it, this one is mainly an appearance package meant to set it apart from other LS 500s on the road.  The first unique touch is its Deep Garnet paint that isn't available on the normal LS 500. Then you get 20-inch black chrome wheels that go quite nicely with the paint color. Lexus didn't forget the Inspiration Series interior, either. Standard is the ultra-luxe Kiriko glass trim you can get as an option on the regular LS 500. It looked stunning on that car, and it's going to look great combined with the white leather seats on this one, too. Lexus is also giving the Inspiration Series blue LED dash lighting and "Lexus" puddle lamps below the doors. There are only going to be 300 LS 500 Inspiration Series cars sold in America, and they're going to be available to buy this fall. Mechanically, it's exactly the same as a regular LS 500 with the 3.5-liter twin-turbo V6 making 416 horsepower and 442 pound-feet of torque. As for pricing on this limited-edition model, Lexus isn't saying quite yet. A regular LS 500 similarly equipped is around the $100,000 mark, so look out for something in that range when we do get a price.

Following the LC Inspiration and LX Inspiration limited edition models, Lexus has launched a similar version of its flagship saloon.

If you’re a fan of Dungeons & Dragons, you are probably familiar with the fact that over the years, several games based on D&D have been made. Baldur’s Gate is one of those games that has held a special place in many hearts of gamers, and the good news is that it looks like the series and other D&D titles will be making its way onto consoles.

This was announced by Skybound Games and Beamdog where titles such as Baldur’s Gate, the Baldur’s Gate: Siege of Dragonspear expansion, Baldur’s Gate II, Planescape: Torment, Icewind Dale and Neverwinter Nights have been announced for the PS4, Xbox One, and the Nintendo Switch.

In this week's Autoblog Podcast, Editor-in-Chief Greg Migliore is joined by Green Editor John Beltz Snyder and West Coast Editor James Riswick. First, they talk about the cars they've been driving, including the Honda Passport, BMW 330i and Audi RS5. They follow up with notes about driving the Toyota Supra and 86, and whether Toyota's new sports car strategy makes sense. Then they discuss the news, including the Ferrari SF90 Stradale plug-in hybrid, a possible Renault-FCA merger, death rumors for the Jaguar XJ and thoughts on the upcoming Chevy Trailblazer.